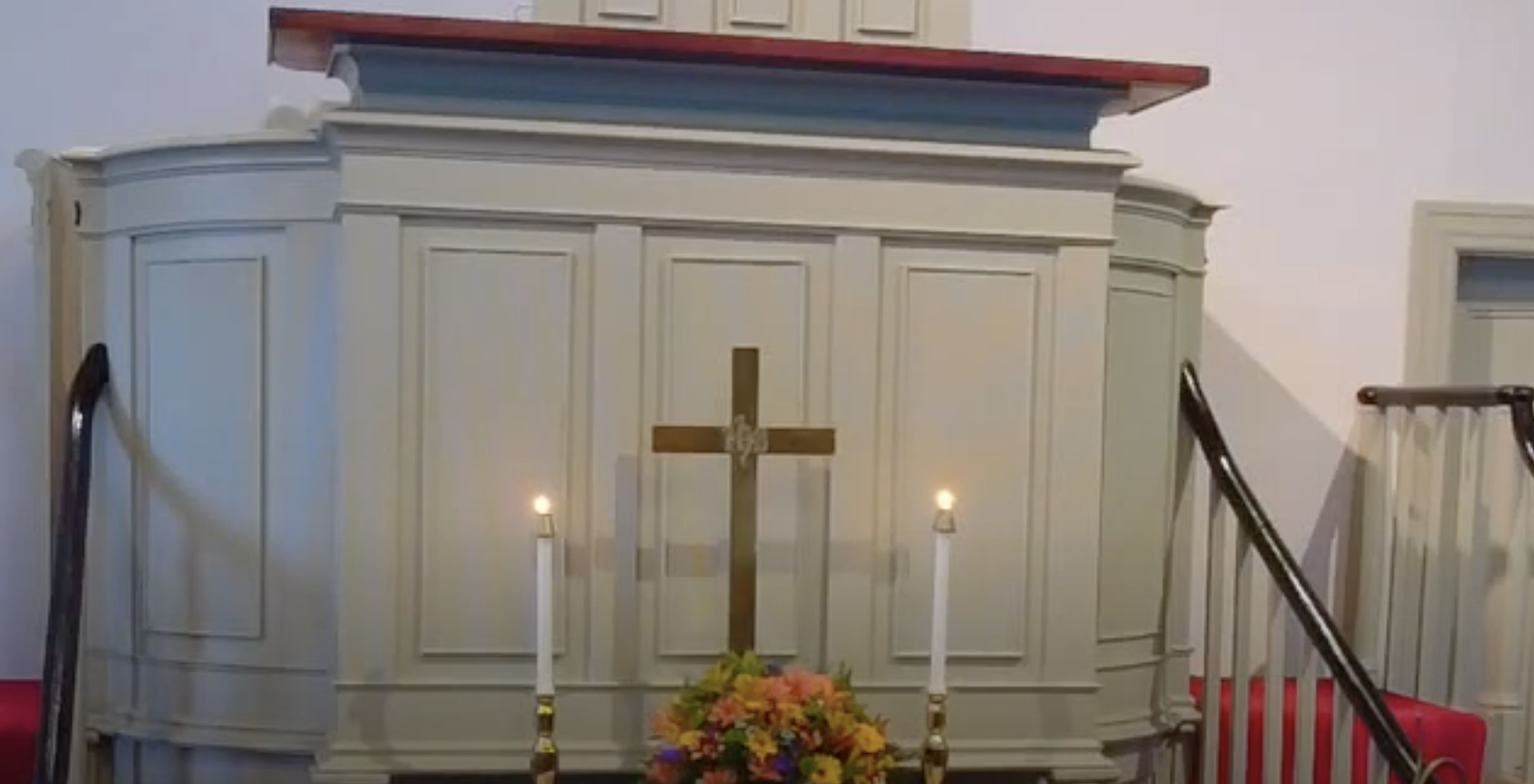 Though Micah and Jesus lived more than 700 years apart in time, in our readings today they are simultaneously engaged in a serious war of words with their rivals and their critics. Both Micah and Jesus pull no punches when it comes to calling their religious contemporaries to account. And both land a few good verbal jabs—and we didn’t even get to the second half of Matthew 23 where Jesus he refers to the scribes and Pharisees as “blind guides,” “white-washed tombs” and a “brood of vipers.” The rhetoric and hyperbole are fierce as both Micah and Jesus take their counterparts to task for failings we are very well acquainted with in our public life: vested interests and hypocrisy…

Micah called out his fellow prophets for their willingness to brighten the forecast or prophesy peace for a few extra dollars. For those who could pay for it, the “word of the Lord” was sunny and favorable. For those who couldn’t, well, the outlook was a little gloomier. As Micah saw it, prophet, priest and ruler all served their own interests rather than the common good. The ones who were charged by God to guide the people were charging the people for their services. Those who had position and power to right the wrongs were themselves the wrongdoers. Micah’s indignation burns hot and his words are scorching: “Zion will be ploughed like a field; Jerusalem shall become a heap of ruins…”

Jesus is only slightly more measured in this tone. He doesn’t really hit full on fury till verse 13. But we hear enough of his criticism of the scribes and Pharisees in verses 1-12 to get his point. These religious leaders, by their insistence on going above and beyond what Torah requires, building a so-called “fence around the Law” so as to not even accidentally break a commandment, end up making God even harder to approach. They “tie on a heavy burden” for the average believer―let alone those without means or ability to be strenuously observant: the poor, the disabled, the socially spurned. Yet dedicated to broadcasting their own scrupulous devotion, they make their phylacteries broad or fringes long, accentuating the outward trappings of their piety. Jesus has little patience and a whole lot of scorn for such blatant self-promotion in the name of God. He tells his own disciples, “The greatest among you, will be your servant.”

I have to admit there’s a rather delicious bite to both Micah and Jesus giving “what for” to the pompous and hypocritical leaders of their times. They call out social sins that sound like they came right out of our headlines and news feeds: vested interests and hypocrisy―people in power using their power to serve themselves with little regard for those just struggling get by―selling their influence and stacking the deck in their favor, oh, and then calling it God’s will―guardians of the public good gone terribly wrong. I can imagine myself standing behind Micah or Jesus going, “Yeah, yeah. You give it to ‘em, Micah!

You tell ‘em, Jesus! False prophets! Brood of vipers!” There’s a part of us that delights in hypocrites and bullies being publicly exposed―enough that Sasha Baran Cohen can probably expect his second Borat movie to do quite well. I admit that’s why I watch the Saturday Night Live version of the presidential debates. I want my guy to be just mildly made fun of and their guy to be exposed for the naked emperor that he is.

But the very reason parody, lampoon and farce entertain us is that they exaggerate our differences and spotlight our foolishness. Which is all well and good when the harsh light of criticism is on them…but not on us, not on me. “My self-serving behaviors, my inconsistencies and mistakes, my tendency to see the splinter in your eye while ignoring the log in my own…well, that’s just being human.” We tend to see our flaws as unintentional and theirs as proof of their malevolence. It’s so easy to slip into “us vs. them” thinking, especially in these toxically polarized days, especially in this toxically polarized election. But even despite his harsh criticism, the very root of Jesus’ dispute with the scribes and the Pharisees, is their tendency to see and treat others as “other,” as less-than, as not just one more child of God, who may not be like me but is of me. Jesus saves his harshest criticism for those who build fences, while in the heart of God all fences are torn down. It’s never us vs. them; it’s always us vs. us. Pogo was right: “I have seen the enemy and it is us.”

And that’s a hard truth to hold on to when it feels like the stakes are so high, the consequences so grim. But our enemy isn’t “them;” our enemy, if I can use that word, is the fearful, selfish, volatile part of our human nature that can be whipped up by demagogues and dictators all too easily. So, the “weapon” to fight this enemy isn’t more aggression, more tongue lashing, more castigating and “othering”―though it’s hard to stop ourselves sometimes. The only “weapon” against this shared “enemy” is truth, love and humility; the recognition that though they are not like me, they are of me; the admission that every fence, every bordering wall, I want to build, God wants to tear down. I think that is why Jesus says it is the humble who will be exalted.

When we recognize our essential unity, the inseverable bond between us despite our differences―like the one climate and the one future that we will either share or lose together―only then are we living the love and justice of Jesus, only then can we be God’s prophets, humble enough to speak a word of truth and love.

In just a few minutes we will gather around a (virtual) Communion table. We will remember the night Jesus gathered with his friends for a Passover meal remembering the saving ways of God. We’ll remember Jesus words and his gestures communicating love. But let’s also remember that around that table of grace were disciples of very different temperaments and motivations, whose ideas of the “right” way to bring in the Kin-dom of God were different indeed. Around that table were gathered both John the beloved disciple and Judas the betrayer; Simon the Zealot and Matthew the tax collaborator, I mean, collector; Thomas the doubter and Peter the ever-zealous disciple. The community of Christ, the people of God, the human race has always been a motley crew, a mixed bag, strange bedfellows. But here we are, in it together, in it with friend and foe, sink or swim together. Because deeper than skin differences, deeper than political persuasions, deeper than villainy or virtuousness is the one truth that we are of each other even when we are not like each other; we are of God, even when we name God differently or deny God altogether. There will be times and places to name the errors, call out the hypocrisy, challenge the decisions of those whom we think are wrong. But we must speak, and live, and love as those who know our own blind spots and confess to, at least sometimes, serving our own vested interests. The war isn’t us vs. them; the struggle is us vs. us. The truest, most redemptive word of God comes from the lips of the humble; those who see themselves in their opponents and desire that we all be saved.

Whatever may transpire this week, whatever may come our way, let’s root and ground our advocacy and our opposition, our declarations and our dissent in the love, and justice, and humility of One who on the last night of his life took bread and broke it, poured wine and blessed it, seeing in a meal shared by diverse disciples, the unity and integrity of his love, his life, his spirit. May it be so. May it be so for us all. 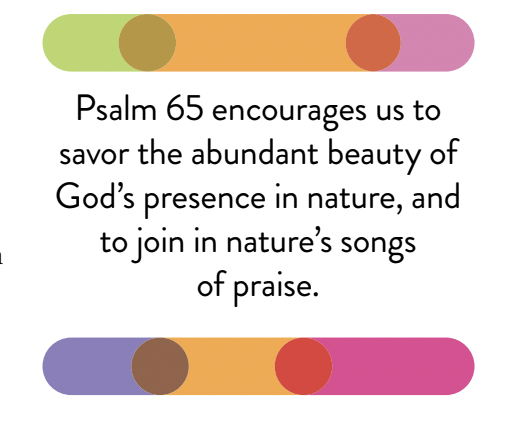 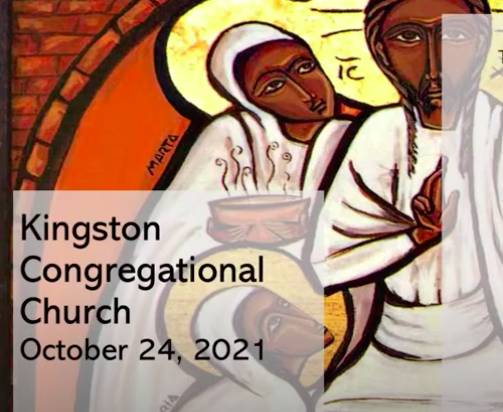 3rd Sunday after Pentecost: Rev. Jan is back!

Pentecost Sunday: The Miracle of Understanding