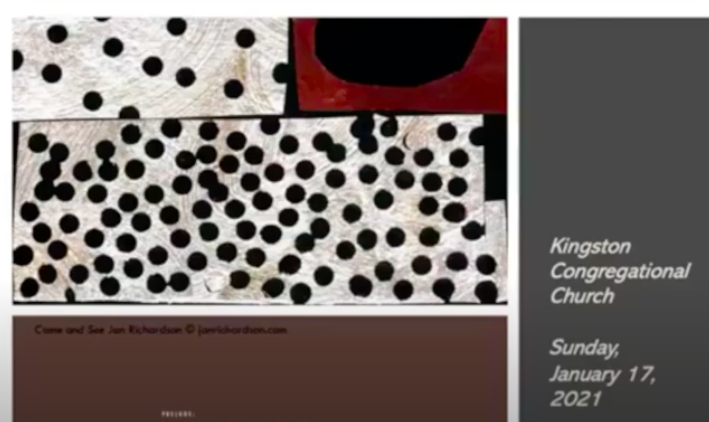 Listening to Our Still Speaking God

In the United Church of Christ, we are quite fond of saying, “God is still
speaking,” and I believe that, I really do. I believe God’s voice is more than just
words on a page in the Bible, story written, cover closed. God is still speaking.
The Bible itself says God’s word is alive. Jesus says the Holy Spirit will act as our
teacher and counselor. The booming voice from the heavens that bookends this
season after Epiphany, beginning with the baptism of Jesus and concluding just
before Lent with his transfiguration, says “This is my beloved Son…Listen to him.”
And I have tried to do just that. A number of years ago now, I conducted
a sort of holy experiment in listening to God. I decided that when I felt or heard
that little voice in the back of my mind suggesting a course of action, I would try
to follow it. (Please tell me you know that little voice!) It’s the little voice that
whispers, “You should call that friend you haven’t talked to in a long time.” Or,
“Offer to cook that family a meal.” Or, “Turn off the car radio and just enjoy the
silence.” Sometimes it is hard to know whether that little voice is God or just my
imagination. So, during my holy experiment, I tried to listen to it a little more
closely and follow its instructions.

The first test of my resolve to listen to God came almost immediately. My
best friend from high school separated from her then husband. It was a hard but
necessary decision. But she found living alone to be agonizing. She missed,
among other things, the simple, daily companionship of her marriage. Someone
who knows what your day holds and asks how it went when it’s over. She was
telling me all this in an email, when I “heard a word” ―or better yet, felt an
impulse―saying, “You should offer to call her every morning.” Now there were
lots of reasons at that point in time why calling every morning wasn’t really
realistic. I had kids in school and mornings were not a good time to talk. I also
worried that I might fail, I might forget some morning, and then feel terribly guilty.
But I resisted the urge to talk myself out of that inner prompting (it’s difficulties
and my fears) and I offered: “What if I call you every morning?” And she readily
accepted.

And so, for a year and a half I called my friend just about every day. Just
to say, “Good morning. How are you today? What does your day hold? How did
that thing you were working on yesterday go?” Pretty simple stuff. We talked for
10 or 15 minutes. I never told her she was part of my holy experiment, but about
a month or so into our phone calls, my friend wrote me another email and she
said this: “This has been such a sad, lonely and fearful time in my life, but your
phone calls feel like God telling me that I’m going to be okay, I’m going to be
taken care of.” I’ve come to believe if you ask God to speak, God will; and
sometimes you’ll even get confirmation that what you heard was indeed God.
My guess is that God is often prodding and prompting us, willing to lead
and direct us, but we’re either too busy or too tired or too something else to
hear. My guess is that God is quite often calling our name, like God called to
Samuel, but we, like Samuel, assume it’s something or someone else. Our
imagination. A silly impulse. An impractical suggestion. A risky idea. Or like
Nathanael when Philip tells him about Jesus, our preconceptions and prejudices
get in the way. We make up our mind before we have started. That isn’t how
God works, that isn’t where God comes from, that isn’t what God sounds like.
Samuel had to be taught to listen; Nathanael had to be invited to see for
himself―and so, perhaps, do we.

I love how both Philip and Eli, the ones “in the know,” trust God and their
companions enough to let then make the connection for themselves. They
don’t argue the issue or micromanage the encounter. In the face of
Nathanael’s doubt or cynicism, Philip simply extends an invitation, “Come and
see.” When Samuel had gone to Eli three times, saying, “You called me,” Eli
advises his apprentice, “Next time when God calls your name, respond with,
‘Speak, Lord, your servant is listening.’” God was already speaking to Samuel.
Isn’t it interesting, though, that it was not until Samuel was able to invite God’s
voice into his life, “Speak, Lord, for your servant is listening,” that God’s message
was truly audible? Up until then it just sounded like old Eli.

I wonder what God is sounding like in your life right now? What voice
keeps pestering you and you keep thinking the equivalent of, “That’s just old
Eli”? That’s just my work, or that’s just my family, that’s just my health, that’s just
my wishful thinking, or that’s just my overactive imagination. What might be
calling your name but until you take a “Speak, Lord, your servant is listening”
approach it will always sound like something else?

If it is true that God’s word is alive, that the Holy Spirit can guide and lead
us, that God is still speaking, then even the most ordinary day, the most human
of realities–our daily commute, our morning shower, our evening meal–can be a
theophany, a place where God shows up. God might show up with words of
comfort: you’re going to be okay, I will take care of you. God might show up
with words of challenge. The word Samuel actually hears from God is not an
easy one to bear. It is a word of painful truth. Later on, in the gospel when Jesus’
adds “Take up your cross,” to his invitation to “Follow me,” the disciples prove a
little less eager to listen. The call of God isn’t necessarily comfortable.
Martin Luther King, Jr. used to say he never intended to be an activist. He
didn’t aim to be a national civil rights leader. He had gone into the ministry
because his father was a pastor and he thought it was his duty to follow in his
father’s footsteps. He figured he could be an academic, teach theology,
maybe even be a college president someday. But almost as soon as he got
involved in the Montgomery bus boycott he was thrust into leadership. And soon
the threatening phone calls began. He said after one such call, he was standing
alone in his kitchen, afraid to move and he wished his preacher-father was there
to tell him what to do once more. But then he heard what he called a voice in
his head saying, “Martin, you do what’s right. You stand up for justice. I’ll be with
you.” Before Dr. King spoke the timeless and stirring words we most associate
with him, “I have dream,” he listened to the voice speaking in the night.
How might God be speaking to us right now around issues of justice in our
time? Where might Jesus be asking us to follow him? These are tense and
turbulent times. But no more so than when Samuel was growing up, or when
Jesus began his ministry in a land under occupation, or when MLK was marching
for civil rights and challenging the abuses of capitalism. The days were
precarious, and the politics were perilous, then, too. Suffering and strife are
nothing new in God’s story. Even in the anxiety and anger laden days of these
last weeks, God is still speaking. And our Bible readings this morning lead me to
wonder if a first step to faithfulness in our day and time is first of all to listen―to
listen better, listen more bravely, more generously? I can’t love my neighbor if
I’m calling them names. I can’t see my way to new understandings if I’m loudly
defending my old ones. I don’t pretend there are simple answers to the deep
divides in our country and culture, but I humbly wonder if there’s a simple place
to start; and that’s by listening. Truly listening. Listening with the will to understand
and the courage to be changed. One compelling commentator whose voice
spoke to me this week said before we can fix the content problem in our cultural
communication (what people think and believe is truth or fake news), we have
to fix the relational problem. He said our sense of what’s true depends on whom
we trust. We’ll be open to a different narrative than our own only if we trust the
speaker. We’ll only start trusting the speaker if we’re listening with an open heart
for, as the Quakers say, for “that of God” in the other.

Speak, Lord, your servant is listening. Speak, friend, your sister/brother is
listening. Speak, fearsome opponent, for the one who wishes to make peace, is
listening. Speak, voice of injustice and anger, for this well-protected one needs
to hear your side of the story. Speak, heart of creation, for this consumer of your
precious resources needs to be held accountable. Speak, my own weary soul,
for this child of God needs to be whole. Speak, God, and help us to really,
redemptively, responsively, listen. It’s not the whole solution, but it’s a very good
place to begin. Stories that changed the course of holy history have started just
there: listening, hearing, trusting, following. God is still speaking… Jesus is still
calling… Our world is still crying out… for those who have ears to hear.
Amen. 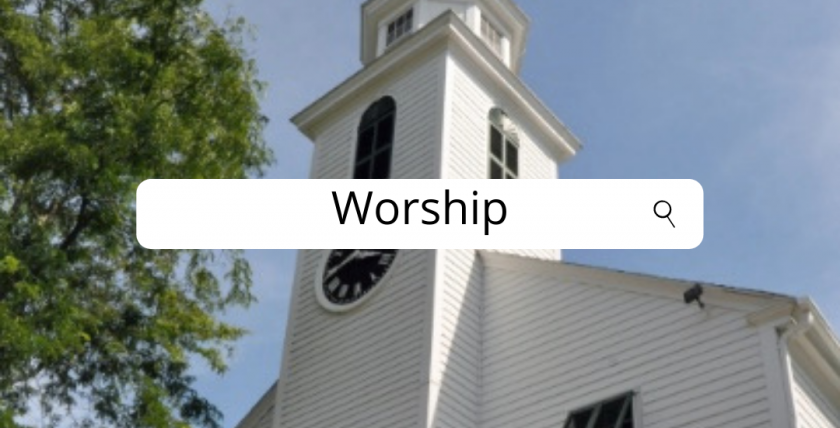 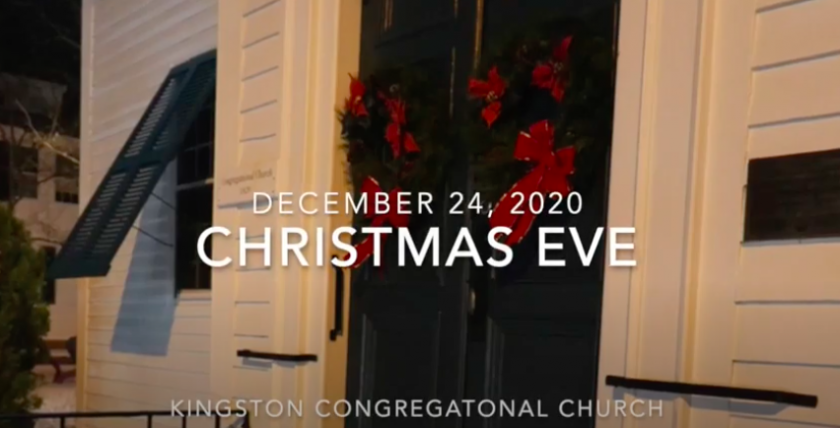